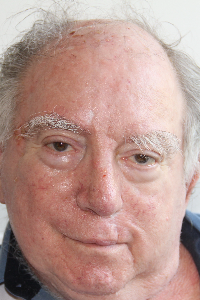 MEREDITH---Peter Miller, 78, who had lived in the Lakes and Mountains Regions of New Hampshire since 1973, passed away from complications related to COVID-19, on Saturday, January 2, 2020, at Golden View Health Care Center in Meredith, after a long period of declining health.

Peter was born in Providence, Rhode Island in 1942, and he attended elementary school in Stamford, Connecticut and high school in Boardman, Ohio, a suburb of Youngstown. Following graduation, he enrolled in Antioch College, located in Yellow Springs, Ohio.

Antioch had a work-study program, alternating three months of classroom study on campus with three months of employment at a job away from campus. It was the work aspect of Antioch’s program that enabled Peter to discover and fall in love with New Hampshire. In 1962, when he was 20 years old, he twice worked at Otter Lake Conservation School, located in the beautiful Monadnock Region. Otter Lake was one of the first eco-camps. Sixth graders from New Hampshire and Massachusetts would stay at the facility for a week and learn about ecology. Peter had the good fortune to work with some very charismatic educators, who fostered a deep understanding of and respect for conservation in him. If Environmental Sciences had been an academic discipline back then, he might have majored in it.

After graduating from Antioch, Peter attended Stanford University, where he earned a Ph.D. in Psychology. That enabled him to secure employment at and eventually be awarded tenure at Plymouth State University. Disenchanted with the alienation many students exhibited, Peter attempted to make learning more relevant and engaging. In some courses he required students to demonstrate mastery by keeping a journal instead of regurgitating facts on exams. He also instituted a course on human sexuality in the curriculum. Peter tried to bring an innovative, creative dimension to most everything he did.

While teaching at Plymouth State, Peter completed the internships required for certification as a Clinical Psychologist In NH, after which he began practicing psychotherapy on a part-time basis. During the years he practiced therapy, he worked with many adults who had been severely abused in childhood, some of whom had amnesia for part of this abuse.

Midway through his career, Peter was forced to stop teaching and practicing therapy by a progressively severe hearing loss, a condition that had afflicted him throughout adulthood. Though Peter had been hearing impaired since age 2, the factors that had been destroying his hearing in adulthood were different from the condition that damaged his hearing when he was a preschooler. An astute otolaryngologist at Dartmouth Hitchcock Medical Center, Dr. Dudley Weider, eventually suspected that brain fluid was leaking into Peter’s inner ears where the critical hearing organs are, and that this was the cause of Peter’s ongoing hearing loss.

Dr. Weider’s hunch was proven to be correct when, in 1994, the membranes that protect the ears from brain fluid ruptured, allowing large amounts of brain fluid to flow into the innermost parts of Peter’s ears. This event caused Peter to abruptly become functionally deaf. Sounds became unrecognizable, and he could not converse with anyone, not even his wife. Tinnitus, the noise generated within the head by inner ear damage, was as loud as a chainsaw and stayed that way continuously for months. Peter had always lived a vigorous life, but now he had to be motionless to try to stop the flow of brain fluid. This was a devastating event for Peter, because he lost many of the things that had mattered most to him. Dr. Weider eventually performed an unusual surgery which stopped much, but not all, of the fluid leak. This enabled Peter to regain a small remnant of functional hearing. It took him years to learn how to protect and stabilize this fragile, precious bit of hearing.

Far too hearing impaired to teach or do therapy, Peter had to find new ways of making life meaningful for himself. That’s how he got involved with the two activities that meant the most to him in the final decades of his life, conservation and creative writing.

Peter joined the all-volunteer Meredith Conservation Commission circa 1999 and remained a member for about fifteen years. During meetings, he “got by” as well as he could with his limited hearing. His Commission colleagues entrusted him with two major responsibilities during his years of service. (1) He was chosen to be the lead writer of some important conservation grant proposals. The hundreds of thousand dollars these successful proposals won helped the Town of Meredith permanently preserve Longridge Farm (aka Picnic Rock Farm) and the Eames Wildlife Area. (2) He was given free reign to create a network of hiking trails in the extensive Hamlin Recreation Area. Working solo much of the time, Peter spent approximately two years routing, clearing, and blazing these trails. The trails were opened for public use circa 2002 and have been in continuous use since then. To recognize the work Peter had done on the Hamlin trails, the Meredith Chamber of Commerce designated him Citizen of the Year.

Because of the commitment Peter had demonstrated to Meredith’s civic affairs, he was asked to run for the office of Selectman, which he was elected to in 2004. It was during his three years of service in this capacity that the Community Center and new Police Station were built. Selectmen were responsible for construction oversight of these buildings. To enable Peter to hear well enough to function as a Selectman, the Town installed an in-house FM broadcast system in the Community Center meeting room. These broadcasts coupled with the FM loop Peter wore around his neck. They also hired a captioner to assist Peter at annual Town Meetings, which were held in the large high school auditorium.

Peter always had wanted to write creatively but hadn’t had the time. The “silver lining” to the disaster to his hearing was that now he had ample time. And write he did, everything including novels, short stories, plays, narrative poetry, and biographies, most of which he published. Some of these books have sold well in the Lakes Region, the only place where they have been made available for purchase thus far.

Toward the end of his life, Peter wrote and published a memoir of his lifelong experience of hearing impairment titled “Growing Up Hard of Hearing in Mainstream America.” Though he always deeply regretted being hearing impaired, he recognized that he had learned a great deal about this disability from personal experience and that this knowledge was worth preserving. He also felt that, because he had triumphed over his disability sufficiently to achieve a measure of success, his story might be inspiring for other hearing impaired people. And so, as Peter wrote, “This memoir was written for the benefit of all hearing impaired people - and those who love them, work with them, or try to assist them professionally.” And also, he might have added, for those who enjoy memoirs per se. To purchase a copy of the memoir, email dtreisner@metrocast.net

Peter is survived by his loving and devoted wife Dotty Treisner, his daughter Kate and her husband Arshad, his son Aaron and his wife Rosie, his stepson Jon, and his grandson Nico.

His family would like to urge everyone reading this to please wear masks, socially distance, and stay home and stay safe. Please help protect yourself and others from COVID-19.

Services will be held at a later date.