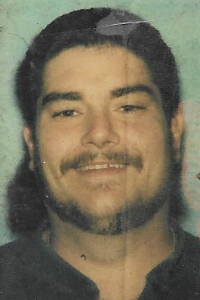 Robert Alan Moniz, of New Bedford, Ma, entered into eternal life on December 27th 2020, at the age of 53, after a long illness. Robert was born on April 30th, 1967 to the late Shirley (Travers) Moniz and the late Richard Bettencourt Moniz, in New Bedford, Ma.

Robert attended the Greater New Bedford Vocational High School, and was the owner of Bob's Shoe Repair in Fairhaven, Ma for a number of years, until his illness forced him into early retirement.

Robert, or "Bob" as he was called by all who knew him, was a true character in every sense of the word. All heads would turn when he entered a room. People would naturally gravitate towards him. His boisterous personality, and loud, deep voice, would resonate, and fill the room, and without a doubt, he was always the life of the party. Bob will be remembered for his sense of humor, and his extreme generosity. There was nothing that Bob would not do for his friends, or family. Bob would be the first one people would call when in need, and was the good Samaritan who would pull over to the side of the road if he saw someone in need. He was someone you could count on, no matter what. Bob could be stubborn, and as result, his children and close friends would often jokingly refer to him as a curmudgeon ( a term he despised). Bob loved to have fun, whether it be four wheeling with his ATV, doing doughnuts with his car in the snow, going on family outings, or just sitting at home, watching movies with his children. With the exception of vegetables, there was not much that Bob did not enjoy. However, one thing that he loved above all else, were his children. Of all the accomplishments that he achieved in his lifetime, he always said that his greatest accomplishment were his treasured children. He was happiest when he spent time with them, and there was never a more proud father.

Robert is survived by his daughter, Alana Moniz, son Liam Moniz, and his grandson, Rolan Moniz. He was also the long time friend of Lori Senay. Brothers include Raymond Moniz ( wife Kathy Moniz ) of Branford, Conn. Roy Moniz of New Bedford, Ma. Sisters Linda Correira (husband Bill) of Talkeetna, Alaska, and Carol Moniz, of knoxville, Tennessee. He is also survived by many nieces and nephews, and great nieces, and nephews.

In Addition to his parents, Robert was preceded in death by his older brother Richard "Ricky" Moniz, who was tragically lost at the sea in 1987.

The family has entrusted SouthCoast Funeral Home, 1555 Pleasant St, Fall River, Ma with the all the arrangements. For those wishing to pay their respects to Robert, and his family, all are welcome to attend his celebration of , at the Seaman's Bethel, located at 15 Johnny Cake Hill, New Bedford, Ma