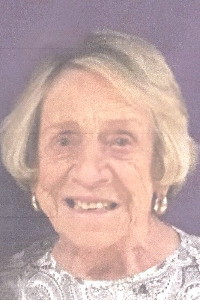 Anne T. (Lombard) Clark, age 85, of Norton, passed away peacefully on Sunday, January 3, 2021 at the Sturdy Memorial Hospital in Attleboro. She was the beloved wife of the late Retired Massachusetts State Police Lieutenant Merle L. Clark, Jr., to whom she was wed for twenty-one years at the time of his death on November 19, 1988.

Born in Ipswich, MA on February 22, 1935, she was a loving daughter of the late J. Alcide and Mary (Martel) Lombard.

Anne grew up in Ipswich and was a 1953 graduate of Ipswich High School. She furthered her education, graduating from Framingham State College with a bachelor’s degree in Home Economics.

A resident of Norton for the past fifty years, Mrs. Clark had worked as an Administrative Assistant in the Norton School System and had previously taught Home Economics at Attleboro High School.

Anne’s family always came first. She was especially proud of her son and cherished the times spent with her grandchildren and attending their sporting events. She was a member of the Framingham State College Alumni Club and always looked forward to get-togethers with former classmates and water aerobics with area friends at the Attleboro YMCA. For over forty years, Anne treasured the summers spent and memories created at her family’s home in Falmouth, where she also delighted in shell fishing and quahogging.

Her Funeral Mass, to which relatives and friends are cordially invited to attend, will be celebrated on Friday, January 8th at 11:00 A.M. in Saint Mary’s Church, 1 Power Street, Norton. Burial will follow at the Timothy Plain Cemetery in Norton.

Visiting hours are omitted and those wishing may remember Anne with a donation in her memory made to Saint Mary’s Church, 1 Power St., Norton, MA 02766.

Arrangements are under the care and direction of the Norton Memorial Funeral Home, 19 Clapp St., Norton.