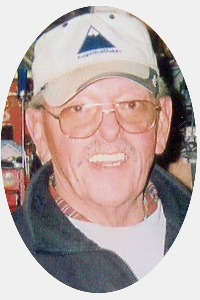 STANDISH- Michael J. (Mikey) Lynch, age 79, a longtime resident of Standish, Maine, passed away on January 1st, 2021, at home surrounded by his family after a brief illness. Born in Quincy, Massachusetts on September 30, 1941, the son of the late Daniel and Stella (Catto) Lynch. He graduated from Quincy High School in 1959, after High School Mike enlisted in the Marine’s, he was a good soldier and very proud of his time in the service. He was a man of many talents and multiple professions, doing everything from sales to truck driving. Mike was also a skilled carpenter, electrician and mechanic able to repair or build almost anything. Mikey’s real passion was motorcycles for most of his life, he achieved the rank of expert street racer in 1978, winning many trophies and awards along the way. Later in life he developed a new passion for guns and shooting. Mike could be found at the local shooting range whenever they were having a match, he was an excellent shot. He was a good man and he will be missed by everyone that knew him. He was a devoted husband to his beloved late wife Lorena F. Knight. He is survived by his only sister Patricia Lynch, Maui, HI. Mike had 3 daughters, the late Joan M. Lynch of South Boston, Jean M. and Daniel S. Tubridy of Plymouth, MA and Jody E. Lynch and Robert Mccollum of Dorchester, MA. He is survived by two grandsons, Joseph D. Tubridy of Somerville, MA and James R. Tubridy of Plymouth, MA. Services will be held at a later date at the Veterans Cemetery in Augusta, ME.
Online condolence messages can be submitted at the Poitras, Neal & York Funeral Home website, www.mainefuneral.com
In lieu of flowers, donations in his name can be made to the National Breast Cancer Foundation, Inc. (nationalbreastcancer.org) or to Kays Place a Joan Marie Lynch Scholarship (ksplace.org).