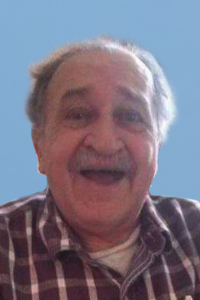 Mr. Quiles worked for more than 30 years for the Commonwealth of Massachusetts, Dept. of Mental Health and retired several years ago. He began his career as a social worker there and eventually became a case manager for the Department. He was a graduate of Atlantic Union College. He loved spending time with his family, children and grandchildren. William was an avid reader and enjoyed carpentry and playing solitaire and mahjong. He was a boxer when he was younger. The Quiles family wishes to thank Melissa and the staff at Holy Trinity Nursing & Rehab Center for the care giving to William.

The funeral service for William will be private. Burial will be in Worcester County Memorial Park, Paxton. DIRSA – MORIN FUNERAL HOME, 298 Grafton Street is assisting the family with the funeral arrangements.