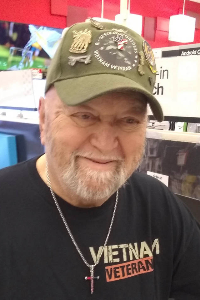 He was born in Worcester on August 4, 1939 and raised by his grandparents John and Martha (Migneault) Brodeur in Leicester. He attended Worcester Boys Trade School and later in life earned an Associate Degree in Business from Quinsigamond Community College. He settled in North Oxford before moving to Dudley in 1984.

He was an Air Force veteran of the Vietnam War.

Mr. Zajkowski was a machinist and then a maintenance mechanic at Wyman Gordon Company in North Grafton. He then worked at and later owned T. L. Tax Service in North Oxford for about 25 years, retiring in 2015.

Jack was a member of the First Congregational Church and a former trustee. He served for many years as Chairman of the Board of Health for the Town of Dudley and also served 2 terms as a Selectman. He was a longtime active member and past King Lion of the Dudley Lions Club. He loved to go fishing and hunting with his friend and brother-in-law Ron and also to go target shooting with his son-in-law Bob.

A celebration of his life will be held by invitation. There are no calling hours. Donations in his name may be made to either the Wounded Warriors Project, PO Box 758516, Topeka, KS 66675-8516 (woundedwarriorproject.org.) or to the First Congregational Church of Dudley, 135 Center Road, Dudley, MA 01571. Arrangements are under the direction of Sitkowski, Malboeuf & Hickey Funeral Home, 340 School Street, Webster.