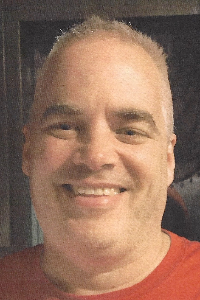 James F. McFaun, age 53, of Norton, passed away peacefully, in the comfort of his home, surrounded by his loved ones on Thursday, December 24, 2020. He was the beloved husband of Cheryl A. (Gagnon) McFaun, to whom he was wed for twenty-eight years.

Jim grew up in Braintree and was a1985 graduate of Braintree High School. He attended Suffolk University and UMass Boston, was a graduate of the Kinyon-Campbell Business School for computer technology and furthered his education at the former A.C.T.T. as a network administrator.

A resident of Norton for the past eighteen years, Mr. McFaun had been employed for seven years as an Information Technology Manager for Comcast Spotlight, prior to becoming ill.

Jim, along with his family, whom he loved spending time with, was a communicant of Saint Mary’s Church in Norton. Since the age of seven, he was an ardent collector of comic books. He also enjoyed collecting comic memorabilia and figurines. Jim was also an avid New England sports fan, enjoyed going to the movies and reading Stephen King books. He had a special place in his heart for animals and will always be remembered by his family as a “Superhero”.

In addition to his loving wife, he is survived by his devoted children: Christopher J. McFaun, Alex P. McFaun and Julia R. McFaun, all of Norton. He was the dear brother of Michael McFaun and his wife Karen of Weymouth, Sandra McFaun-Donovan of Braintree and Jill McFaun-Solimini and her husband Brian of Abington. He was the cherished son-in-law of Carroll Gagnon of Stoughton and the late Rosemary Gagnon. He was the special brother-in-law of Darren Gagnon and his wife Debra of Carver, Rosemary Damata and her husband Richard of Milton, Stephen Gagnon and his wife Karen of Avon, Jean Kelley and her husband Richard of Norton and Brendan Gagnon of Easton. He is also survived by his loving aunts, uncles, nieces, nephews and cousins.

His funeral will begin on Thursday December 31st at 8:30 A.M. from the funeral home, followed by a Mass of Christian Burial celebrated at 9:30 A.M. in Saint Mary’s Church, 1 Power Street, Norton. Burial will follow at the Newland Cemetery in Norton.

In lieu of flowers, donations in James’s memory may be made to Saint Mary’s Church, 1 Power Street, Norton, MA 02766.