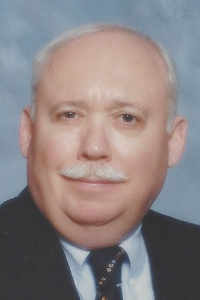 Attorney Douglas B. Weilding, age 81, of Norton, passed away, unexpectedly, yet peacefully at home on Thursday, December 24, 2020. He was the beloved husband of Susan J. (Brown) Weilding, to whom he was wed for thirty-seven years.

Born in Norton, MA on September 7, 1939, he was a loving son of the late Frank and Thelma M. (Smith) Weilding.

Doug grew up in Norton, was a 1957 graduate of Norton High School and a graduate of Boston University where he received a Bachelor of Science Degree.

He was a graduate of the Officer’s Candidate School at the Naval Academy in Newport, Rhode Island. He served four years of active duty and was on board one of the ships during the Cuban Blockade. He continued to serve as a reservist and retired as a Lieutenant Commander on or about 1983.

Mr. Weilding attended Suffolk University Law School nights where he received his Juris Doctor Degree and a Master of Law Degree. He has been a practicing attorney in Attleboro for approximately 50 years.

Active in Scouting, as a youth he rose to the prestigious rank of Eagle Scout. On March 30, 2003, he was awarded the Silver Beaver Award from the Annawon Council of the Boy Scouts of America for distinguished service to youth. He also served on the Executive Board of the Annawon Council for approximately 35 years.

Doug always enjoyed spending time amongst family and friends. He was an accomplished tennis player and when younger played in the Attleboro City Open. His other hobbies included collecting Boy Scout memorabilia, baseball cards and traveling.

In addition to his wife, he is survived by his devoted children: Keith D. Weilding and his wife Michelle of Hopkinton and Jennifer L. Sloan and her husband Paul of Coventry, Rhode Island. He was the cherished grandfather of Gabrielle, Ian, Victoria, Kendyl and Lyndsey. He was the dear brother of Katherine Tackabury and her husband Wayne of Martha’s Vineyard, Debra Gorselene of Valrico, Florida and the late Rebecca Smith.

A funeral service, along will military honors rendered by the United States Navy, will be held at 3:00 P.M. at the conclusion of visiting hours in the funeral home. Burial will be private.

In lieu of flowers, donations in Attorney Weilding’s memory may be made to the Camp Norse, 112 Parting Ways Road, Kingston, MA 02366.