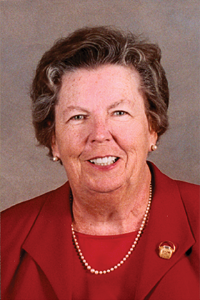 The families of Nancy D. Harrington and Maureen A. Hines are, at last, able to announce that a Memorial Service has been scheduled for both of them. Nancy and Maureen had passed away in December and May of 2020, respectively, but, were denied appropriate funerals due to restrictions imposed by the recently relaxed COVID-19 protocols. We intrepidly invite all of their numerous friends, colleagues and admirers to join us at 11:00 AM on Thursday, September 9th, 2021 at the Immaculate Conception Church, located at 15 Hawthorne Boulevard in Salem, MA.

Directly following the service, we will repair to a Celebration of Life (or, more precisely, lives) at the nearby (18 Washington Square W) Hawthorne Hotel where food, drink and reminiscences will be provided from noon till three P.M.


It is with profound regret that the family of Nancy Harrington announces that on Saturday, December 12th, 2020, she died suddenly at the age of 81 of an apparent heart attack after being rushed in the predawn hours to the North Shore Medical Center. There, she succumbed, notwithstanding the heroic efforts of the Emergency Room staff to revive her. Her death follows by a mere six months the loss of her life partner of sixty years, Maureen Hines, a blow that when combined with Nancy’s recent ailments, had seriously compromised her health.
Her passing marks the end of an extraordinary life, one so filled with achievements, attainments, accomplishments and accolades that a complete recitation of them is neither necessary nor possible. She was a true personage; a trailblazer, role model, and an authentic phenomenon. A product of the public school system from a financially disadvantaged household, she rose to the professional pinnacle of academia. The first graduate of Salem State to become its president. The first woman president in school history, she joined a sorority of CEO’s of coeducational colleges, private or public, that was so exclusive that its minuscule membership was a stark embarrassment to a profession in which females were numerically predominant.
Her tenure as president (at seventeen years the longest in modern history) was transformative; it is not an overstatement to describe the Salem State from which she retired in 2007 as unidentifiable when compared to the Salem State she inherited upon ascending to the presidency in 1990. The use of the word “ascend” is not accidental. Nancy climbed, rung by rung, the administrative ladder. From her appointment in 1976 as the first dean of Continuing Education and Special Programs to her being named Vice President of Academic Affairs in 1989, she was proving herself in a series of progressively more challenging positions while laying the groundwork for her own presidency. She truly broke a series of glass ceilings. She distinguished herself in every role she held along the way. It is rare in any organization that you earn the respect and even admiration of the people for whom you work, the people with whom you work and the people who work for you. She is gone; long live the University that she did so much to build.
Nancy was predeceased by her parents, Nora and Leo Harrington and siblings, Carol Harrington Mulholland and Joseph “Hago”Harrington, all of Salem; her brother Lee Harrington of Bridgewater and two of her nieces, Carol Lee Harrington and Kerry Mulholland. She is survived by her nephews, Brian Mulholland of Salem, Bernie Mulholland of Stoughton, Kevin Harrington and Timothy Harrington of Bridgewater and Brian Harrington of Plymouth; her nieces, Susan Spear of Salem, Lisa Harrington of Salisbury, Kristin Leonard of Bridgewater, Kim Smith of Bridgewater, Jill Mullen of Harwich and Leigh Harrington of Plymouth.
The family plans to have the kind of memorial service and celebration that Nancy so richly deserves and will, necessarily, plan it for late Summer and announce the details when we collectively make it to relative safety.
Meanwhile, in lieu of flowers please make contributions to Salem State University, 352 Lafayette Street, Salem, MA, in memory of Dr. Harrington - designate the contribution to Nancy D. Harrington ‘60 Scholarship. Assisting her family with arrangements is the Levesque Funeral Home of Salem. For guestbook, please visit www.LevesqueFunerals.Com