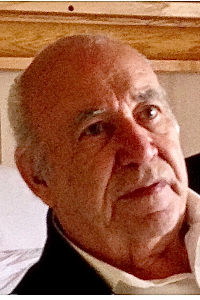 Mr. Edouard D. Dion, 90, of Andover, passed away at his home. Born in Montreal, Canada he has been a resident of the Merrimack Valley for most of his life. He worked as an electrician till his retirement. He was a member of the Elks Lodge BPOE 65 in Lawrence and enjoyed going to the pizza pub. His biggest joy was spending time with his family. The widower of Lillian (Levesque) Dion he is survived by his two daughters: Paula Dion of Methuen, Susan and her husband Richard Ward of Methuen. Four sons: John Dion of Andover, David Dion and his wife Vicki of Dracut, Robert Dion and his wife Sharlene of Dracut, and Richard Dion and his wife Erica of Methuen. He had six grandchildren: Matt, Stephanie, Gina, Kylee, Madison, and Jessica, one great-grandchild Kayden, along with several nieces and nephews.
Private services for Mr. Dion will be under the direction of Edgar J. Racicot Inc. Funeral Home, 1400 Broadway rd., Dracut. online condolences may be shared at www.racicotfuneralhome.com.