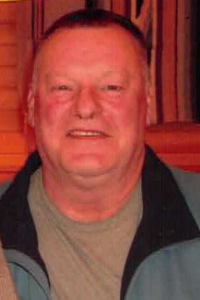 
Marlin Dunmire, 71, of Rochester Mills, PA went home to be with the Lord on Monday, November 30, 2020 from Indiana Regional Medical Center in Indiana, PA.

Marlin was a veteran who served with the U.S. Army in Vietnam from 1968-1969 in the B Battery 2nd Battalion 33rd Artillery earning the rank of PFC (P).

On May 20, 1972 he married the former Constance Louise McMahan and they have shared over forty-eight years of marriage together.

Marlin retired from deep coal mining and was a member of UMWA Mineworkers Local 1257.

An avid fisherman, he also enjoyed hunting; woodworking and cooking. He was known as being a jack of all trades who could do anything. You name it and Marlin could do it.

He was preceded in death by his parents; his seven brothers: Thomas, Blair, Dwight, Ralph, Harold, Kenneth and Barney Dunmire and his three sisters: Alice Conrad; Betty DeVinney and Helen Conrad.

In accordance with Marlin’s wishes, there will not be a visitation or service.

Cremation arrangements are with the assistance of the Rairigh Funeral Home, Ltd. in Hillsdale, PA.