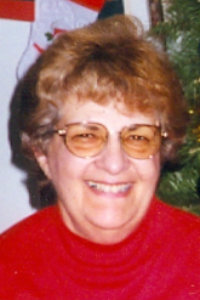 Aida R. (Ferraro) Imperioso, age 90, passed away on Monday, November 23rd, at Whidden Memorial Hospital of Everett. Born in Medford on May 23rd, 1930 she was the daughter of the late Michael and Gilda (DeGirolamo) Ferraro. A lifelong resident of Medford, Aida received her sacraments at St. Clements Parish in Medford / Somerville. She attended Medford schools and graduated from Medford High School in 1948. Aida lived briefly in Reading and Everett and was living in Medford before moving to the Dexter House in Malden four years ago. Mrs. Imperioso dedicated her life to raising and caring for her family. In her earlier years Mrs. Imperioso was employed by Teledyne Crystalonics in Cambridge and Converse Rubber Company of Malden.

Aida was the beloved wife of the late Anthony P. Pisari and the late Ramo Imperioso. She was the devoted mother of Roberta (Pisari) Nary and her husband Thomas of Harwich, Angela (Imperioso) Koerber of Malden and her late husband David, Ramo M. Imperioso of Medford, and the late Joyce T. (Imperioso) Walton and her surviving husband Peter of Everett. Aida was the loving grandmother of Tamara Cleary, Jarrett Nary, Eric Koerber, Eryn Walton, and Nicole Walton who is currently serving in the Navy as a hospital corpsman third class petty officer in San Diego. She was the loving great grandmother of Danny, Sofie, Mckenna and Dominic. Aida was the dear sister of her late identical twin Loretta Walsh and her late husband Edward, and the late Anthony “Nino” and his late wife Joan Ferraro. She was the cherished aunt of Laurie Bemis, Eddie and Michael Walsh, and is also survived by many loving great nieces and nephews.

Funeral from the Dello Russo Funeral Home, 306 Main St., Medford on Saturday, December 5th at 9 AM followed by a funeral mass celebrated in Immaculate Conception Church, 600 Pleasant St., Malden, at 10 AM. Relatives and friends are respectfully invited to attend. Visiting with social distancing protocols will be held on Friday, December 4th from 5 through 7 PM. Services will conclude with burial at Oak Grove Cemetery, Medford.