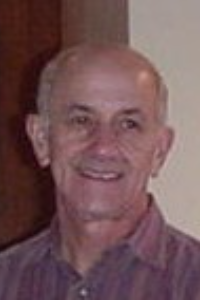 Dennis was born on March 15, 1933 and grew up in Malden, MA. After completing high school he worked as a plasterer with his father until he was drafted during the Korean Conflict.  The United States Army trained him in electronics and he spent most of his obligation near London in the United Kingdom maintaining anti-aircraft artillery.  After discharge, Dennis had a long career as an engineer and later a production manager in the electronics industry.  In one of his earlier positions at Hermes Electronics he met his wife Jeanette who worked at the company as an administrative assistant.

Dennis had several passions, the first being softball.  Dennis was a gifted player well into his seventies and was well known for his speed.  That speed would serve him well later in life when he became a competitor in the Senior Olympics where he won several regional and national titles in sprinting.  Dennis also loved to garden and produced bounties of fresh vegetables for his family and friends well into his last decade of life.  Dennis also had a sense for the aesthetic.   He would tumble-polish semi-precious stones he and his children gathered on Nova Scotia beaches.  He was also a talented stained-glass artisan who produced many lamps, windows and other pieces of art.

Dennis was a devoted son, brother, husband, father and grandfather.  Even in his last few weeks, he would light up and smile whenever his family came to visit.  He will be missed terribly.  We’d like to extend our thanks to the everyday caregivers at Benchmark Senior Living at Forge Hill in Franklin and Compassionate Care Hospice who made Dennis’ final months and days on earth as comfortable and pleasant as possible.

In consideration of our loved ones’ safety, there will be no viewing, however, relatives and friends are invited to attend his funeral mass on Saturday, November 28, 2020 at 10:00 AM in Saint Mary’s Parish, 1 Church Square, Franklin, MA.  For those unable to attend in person, the mass may be viewed online at by clicking on stmarysfranklin.org

In lieu of flowers, please consider a donation to the Alzheimer’s Association under the Tribute Page for Dennis Joseph Melanson https://act.alz.org/site/TR/Events/Tributes-AlzheimersChampions?pxfid=659086&fr_id=1060&pg=fund