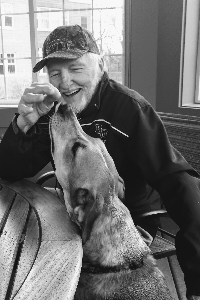 Beloved Father, Papa, Grandpa,
Great Grandpa and Loyal Friend
Preceded in death by his sweetheart Myrna Lou (Roxy), Parents Albert and Etoile, sister Violet (Clarence) Espelien, Brother in law Christ Litto, Sister in law Alice Dehmer and Grandson BJ Beardsley. Survived by Children Tom (Leigh Ann) Dehmer, Tim Dehmer, Dianna (Jim) Beardsley and Steve (Jenny) Dehmer. Also survived by Grandchildren Cassie (Jamie) Borden, Laura (Chris) Robins, Jessica (Mike) Shannon, Raya Awwad, Kathryn (Jeff) Cooper, Hiba (Jonathon) Vaziri, Grant Dehmer and Madison Dehmer and Great Grandchildren Chance and Alexis Beardsley, Parker and Mackenzie Borden, Baylie and Sophie Robins, Layla Smith, Carson and Ellie Shannon and Norah Vaziri.(and grand-dogs Cosmo Kramer, Rikki Bobby and Captain Morgan) Also survived by Sister Eleanor (Tiny) Litto and Brother George Dehmer. Vern proudly served his country by joining the Navy and was an Airplane Mechanic on the USS Yorktown. Vern was 20 yr member of the NSP Youth Hockey Association, F.O.P.S. of Orange Beach, Retired employee (37 yrs) of Northern States Power, Prestwick and Oak Marsh Golf Courses. Vern was a member of Lakeview Lutheran Church serving the Lord in every capacity for over 57 years. Known as “Hoofbeats” in his younger years, with his twinkling baby blues he often looked like he was up to mischief (and usually was). He liked to give a good ribbing to others but was a great sport at getting a good ribbing in return. Vern will be missed so much by his family but also by many friends both local and across the country (especially his “other Brother” Dick Harkness and wife Jean) and other special friends The Johnson Gals, Golf buddies Don and Jack, and the Indiana connection of Mike and Linda. Vern gave of himself to his community in so many ways including providing Meals on Wheels, volunteering at the Greenbrier home for the mentally challenged and his final selfless act of organ donation. He loved generously and gave without taking. Because of the COVID 19 pandemic a CELEBRATION of His Life will be held at a later time.