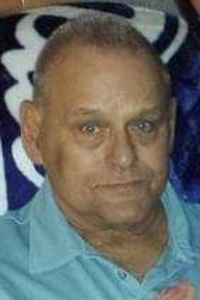 Mr. Dennis Snow Sr., 76, of Haverhill, passed away on November 17, 2020 at Holy Family Hospital in Methuen. The son of the late George and Rita (Vachon) Snow, he was born in Lawrence and had been an area resident all his life. Mr. Snow served in the United States Marine Corps during the Vietnam War and earned the rank of Corporal. He worked as a supervisor at Shaheen Bros. in Lawrence and Amesbury. Mr. Snow was a member of the VFW in Methuen, an avid Patriot and CSI fan, and proud Marine who loved to spend time with his family. The widow of the late Pauline (Terrio) Snow, he is survived by his longtime friend Dorothy “Dottie”, one daughter: Susan Turcotte and her fiancé Richard Mitchell of Billerica, two sons: Michael Snow and his wife Janice of Newton, NH, Dennis Snow Jr. of Haverhill, one sister: Gloria Smith of GA, one brother-in-law Raymond Sanville. There are four grandchildren: Robert Berard III, Erin Berard, Michael Snow Jr. and Ashley Obert, several great-grandchildren, nieces and nephews. In lieu of flowers donations may be made in memory of Mr. Snow to the Wounded Warrior Project, P.O. Box 758516, Topeka, Kansas 66675-8516 or www.woundedwarriorproject.org
Family and friends may call on Monday November 23rd from 9:00 am to 11:00 am at Edgar J. Racicot Inc. Funeral Home, 1400 Broadway Rd. Dracut. A funeral service will be held at the Racicot Funeral Home on Monday at 11:00 am burial will follow in Massachusetts Veteran Cemetery in Winchendon. Online condolences may be shared at www.racicotfuneralhome.com