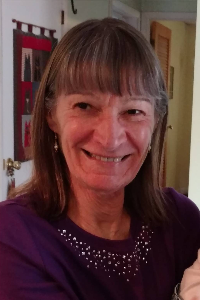 She was born in Keene, NH on July 10, 1947, a daughter of Reginald H. Houle and Rena (LaBarre) Houle. Jody was a graduate of Keene High School in 1965 and from Becker Junior College in Worcester, MA. Jody worked at the VA Medical Center in Manchester from 1972 until her retirement in 2002. Her positions she held included being a Transcriptionist; Secretary to the Chief of Acquisition & Material Management; and Secretary to the Medical Center Director. During her tenure, she received outstanding performance awards which was evidenced by her diligent work ethic and willingness to help everyone while putting both staff and patients at ease.

Jody was an avid animal lover, especially of cats! She rescued, loved, and shared her home with many kitties. After her retirement, she continued to volunteer at several local animal shelters, and shared her love of animals with her grandchildren. She also enjoyed volunteering at the Heart of the Heights Bookstore and the St. Padre Pio Perpetual Eucharistic Adoration Chapel in Concord. Jody loved to read, knit, long walks, and spending time with family.

Following cremation, a private graveside service will be held in the Great Hill Cemetery in Chester, NH. Memorial donations may be made to the Manchester Animal Shelter, 490 Dunbarton Rd., Manchester, NH 03102 or Live and Let Live Farm’s Rescue & Sanctuary, 20 Paradise Lane, Chichester, NH 03258. The Peabody Funeral Homes and Crematorium of Derry and Londonderry are assisting the family with arrangements.