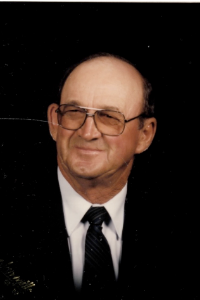 Murray was born on June 22, 1933 in Sycamore to the late Murray Rigsby and Emma Sue Fletcher Irvin. He was a farmer and a member of Inaha Baptist Church. Murray won various peanut production awards and was a Georgia Centennial Farm Family Recipient and the Turner County Farm Family of the Year in 1991. He was awarded the American Farmer Degree from the FFA in 1953. Murray enjoyed good food, deer hunting as well as gospel and country music concerts.

In addition to his parents he was preceded in death by his daughter, Vicki Knight and his sister, Barbara Pettit.

For those who wish to pay their respects and sign the family's guest register, you may do so from 9:00 AM until 12:00 PM on Saturday, November 21, 2020 at Perry Funeral Chapel. A private, family only graveside will be held at a later time.