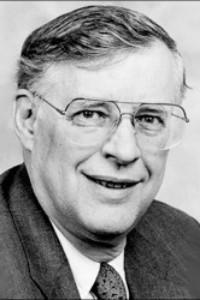 Richard C. Csaplar Jr., a Needham resident for 54 years died on October 31, 2020 at North Hill in Needham at the age of 89. Born in Brooklyn, NY, he graduated from Carlton College in 1953 and married his wife of 56 years, Joan Androvett the same day.

After serving in the US Coast Guard, where he attained the rank of Lieutenant Commander, Mr. Csaplar graduated from the University of Pennsylvania Law School, where he was on the Law Review. He joined the law firm of Dewey Ballentine in New York City, where he practiced corporate and tax law for five years. In 1964, Mr. Csaplar moved to Boston and opened Nessen & Csaplar. A few years later, he co-founded an investment banking firm, The March Company. In 1975, Mr. Csaplar created a new law firm, Csaplar & Bok, which merged with Gaston & Snow in 1990. In 1991, Mr. Csaplar joined Day, Berry & Howard.

Dick Csaplars law practice led to many and varied accomplishments. In 1973, as a Fulbright Scholar, he served the Supreme Court of Afghanistan and was the only Christian member of a Supreme Court of any Islamic country at the time. A Fellow of the American Bar Association, he taught real estate law at Boston College Law School and served as Chairman of the Board of Trustees of Regent University. Dick was also a Chairman of the Board of Trustees of the Boston Rescue Mission for several years. He loved travelling with Joan and visited or worked in over 120 countries.

Mr. Csaplar was predeceased by his beloved wife Joan in 2009. He was the loving father of Richard Csaplar III (engaged to Charlene Cunniffe of Somerville); Kenneth Csaplar (deceased) (Nancy) of Winchester; and Robert Csaplar (Wendy) of Winston-Salem, NC. He is grandfather to Kenneth of Scituate; Kristina Hepburn (Scott) of Groton; Elizabeth Soto, (Lucho) of Winston-Salem, NC; Richard IV (engaged to Stephanie Gaudian) of South Boston; Jonathan (Julie) of Orlando, FL; Daniel of Boston; and Scott of Groton. He is also survived by his brother Wilfrid of Worcester, and one great grandchild, Jacob Soto.

In lieu of flowers, donations in Richards name may be made to the Boston Rescue Mission, PO Box 120069, Boston MA 02112.

A live streamed service of thanksgiving for Dick will take place on Saturday, November 21, 2020 at 12 Noon. The service stream will be accessible from https://www.harborview.live/.