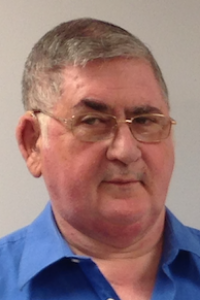 Virgilio M. Medina, 72 of Dracut, passed away after a period of declining health after complications from a stroke on Tuesday, November 10, 2020 at his home, surrounded by his loving family. He was the husband of Maria F. (Espinola) Medina with whom he would have celebrated 49 years of marriage in January 2021.

He was born in Graciosa, Azores, Portugal on January 29, 1948 and was a son of the late Manuel S. Medina and the late Francelina (Da Silva) Medina. He was raised in Graciosa, where he attended the area schools. While in Portugal he served in the Portuguese military for a period of 2 years and also worked as a farmer in Graciosa. In the late 1960’s he migrated to the United States, settling in Lowell where he lived most of his life before residing in Dracut for the past three years.

Virgilio was a member of the Holy Ghost Society, the Portuguese American Civic League ‘The Reds’ and the Portuguese American Center ‘The Blues’, and the Holy Trinity Society. He was also a communicant of St. Anthony Church.
For over 30 years, he worked as a machine operator at Pellon/Freudenburg in Lowell until his retirement in 2008. He enjoyed fishing, gardening, and playing cards.

He was welcomed into heaven by his son, the late Robert Medina; and his brothers, the late Vitor Medina, and the late Jose Medina.

While following social distance guidelines and wearing a mask.

HIS FUNERAL MASS AND BURIAL AT ST. MARY CEMETERY WILL BE HELD PRIVATELY.