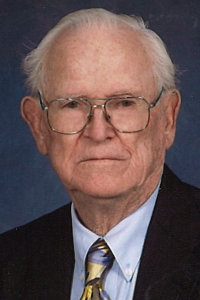 Mr. Turner was born March 15, 1915, in Wake County, North Carolina, the middle child of seven born to the late William D. & Lilly Tatum Turner. He moved to the community in 1950. Mr. Turner was a former resident of Dublin, Cochran, and Douglas. He worked in civil service at the Bell Aircraft Plant in Marietta, building bombers. He also worked as a motion picture projectionist for theaters and drive-ins in Douglas and Fitzgerald. He retired from Martin Motors in 1977 and had also worked erecting TV antennas with Hudson White and Tomlin’s TV. He held a private pilot’s license and served as pulpit pastor at the Central Christian Church for 7 years. Mr. Turner was the oldest living member of Arbor Baptist Church where he was a Deacon.