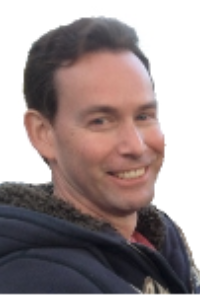 Keith Madison Porter, 46, of Ventura, CA, passed away on October 13, 2020 in Ventura. Keith was born in Santa Cruz, CA to Wallace (who died before Keith’s birth) and Judith Porter on July 25, 1974. He moved to Rail Road Flat at the age of 2. His mother, Judith, later married Buster Bowman who took on the role of fathering Keith. He attended Rail Road Flat Elementary Schooland later graduated from Calaveras High School in San Andreas, CA. When in High School, he won a 2 nd place ribbon for a tiger drawing he entered in the Calaveras County Fair. He later perfected his artistic talent in displaying several of his drawing on his Instagram page. He was involved with the Jehovah’s Witnesses Organization.

Keith is survived by his parents Judith and Buster Bowman of Rail Road Flat, CA and a brother and 4 sisters of varies towns in CA. He is proceeded in death by grandparents both paternal and maternal and a brother. The family would like to extend our gratitude to the Ventura congregation of the Jehovah’s Witnesses Organization.
Arrangements are under the direction of the JOSEPH P. REARDON FUNERAL HOME & CREMATION SERVICE, Ventura.