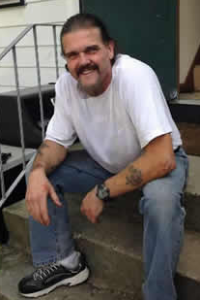 Frank was born August 5, 1960 in Boston. He was a son of the late Frank Skinner and the late Patricia (Kierstead) Skinner and was raised and educated in the Billerica area. He was a graduate of Shawsheen Valley Technical High School.
Jamie, as he was also known, worked as an auto mechanic for several years locally. He also enjoyed darts, fishing, motorcycles, billiards and gardening.

WHILE FOLLOWING SOCIAL DISTANCING GUIDELINES AND WEARING A MASK, YOU ARE INVITED TO HIS CALLING HOURS ON SUNDAY, OCTOBER 11, 2020 FROM 3 UNTIL 6 P.M. AT THE MCDONOUGH FUNERAL HOME, 14 HIGHLAND STREET, LOWELL, 978-458-6816. DUE TO COVID-19 RESTRICTIONS, HIS FUNERAL MASS AND BURIAL WILL TAKE PLACE PRIVATELY.