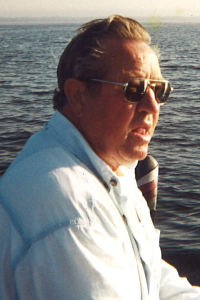 Funeral services will be held 11 AM, Tuesday, October 20, 2020, at Midway Church of God in Irwin County, with the Rev. Glen Fussell and the Rev. Phillip Brown officiating. Interment will follow in Frank Cemetery, Irwin County. The family will receive friends from 6-8 Monday evening at the funeral home in Ocilla.

Mr. Phillips was born August 19, 1939, in Mt. Airy, North Carolina, to the late Warren & Opal Hawkes Phillips. He lettered in all three sports in high school. He married Sarah Johnson in 1961 and came to Ocilla in 1964 while working for Floyd Pike Electrical Contractors. He retired from Irwin EMC as line foreman in 2000. Mr. Phillips was a little league coach for many seasons in Ocilla. He was an active member and deacon of Midway Church of God. He had a stroke in 2003 and overcame this with the help of God and his devoted wife. He was the owner of Phillips Bait & Tackle Shop in Ocilla and was an avid fisherman and hunter for most of his life. He will be greatly missed by his pet, Ginger. He loved his church and doing yard work at home and at his church. Mr. Phillips was also an avid Irwin County Indian fan.