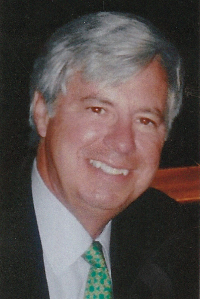 SULLIVAN, Jay F. of Dover, MA, passed away peacefully surrounded by his loving family at age 73, on October 16, 2020. He was a devoted father, grandfather and brother. Jay was the former husband of Amy Kalberer Sullivan of Rhode Island, who passed away in 2004, and Norma H. Sullivan of Dover. He was the firstborn son of the late Francis P. and Margaret F. Sullivan. Jay is survived by his son, Jonathan F. and wife, Blair Sullivan of Newton; his daughter, Kristin S. and husband Alex Boal of Hingham; Grandfather (Jaybo) to Griffin, Annabelle and Jack Boal, and Marc and Sydney Sullivan; his sister, Janice and husband, Andy Crowley of Boston; his brother, Francis and wife Mary Beth Sullivan of Duxbury; his sister, Nancy and husband Loring Flint of Falmouth. He is also survived by many loving nieces, nephews and cousins.

Jay was born in Boston and raised in West Roxbury. He graduated from Catholic Memorial High School and Boston College where he participated in the ROTC program. Jay served in the Vietnam War as a first lieutenant. He dedicated his life to the Christian values of service, loyalty and kindness, exemplified by his involvement with the Healing Ministry at the Mission Church in Roxbury. Jay had a strong belief that there were American servicemen left behind in Vietnam and made a lifelong commitment to bringing them home.

Jay achieved the rank of Eagle Scout and remained committed to scouting for his entire life, as the former scoutmaster of Troop 1 Dover and by serving on the Executive Board of the Boston Council. He was also an active volunteer, working as both an EMT and fireman in Dover. Jay and his son, Jonathan, worked together at Sullivan Associates, where they were both corporate benefits specialists.

A Funeral Mass will be held at the Basilica of Our Lady of Perpetual Help (Mission Church), 1545 Tremont Street, Boston, MA. on Tuesday, October 20th at 10 o’clock. Relatives and friends invited.

In lieu of flowers, donations may be made to in memory of Jay F. Sullivan to The Basilica and Shrine of Our Lady of Perpetual Help https://bostonsbasilica.churchgiving.com/ or to VA Boston Voluntary Services (135) 1400 VFW Parkway, West Roxbury, MA 02132 ATTN: Peter Tribuna