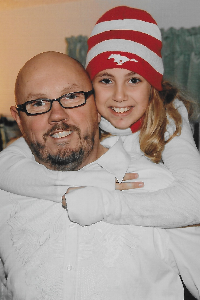 Rodney Lee Stutzman was born to Virgil and Dorthy Stutzman May 12, 1965 in Othello, WA. He was the youngest of six children. He died of cancer at the hospital October 7, 2020.
Rodney grew up in Pasco, WA. He loved riding his bike, playing by the river, teasing cats and playing with his dog. (He repented later of his treatment of cats and started loving the 10 plus cats running around is property.) He gave his life to Jesus when he was 17 years old. He graduated from Pasco High School then moved to California for college and seminary. He attended California Baptist College and met “the light of his life”, best friend, Newell Corliss. After graduation, he enrolled at Golden Gate Theological Seminary where he studied diligently for 5 years, graduating with a Master of Theology.
Pastor Rod moved back to Washington State to pastor Calvary Baptist Church in Prosser, WA. Upon his arrival in Prosser, he knew that this valley was where the Lord wanted him the rest of his life. He did not believe in moving from church to church to pastor and advance his resume. He told the church he would purchase a burial plot to prove he was here to stay and committed to the lower Yakima Valley.
Rodney met “the love his life” Sheila French on May 8, 1994. She spoke in his church and it was love at first sight. Their first date was on his 29th birthday, May 12, 1994. Two weeks later, on May 20, 1994, he asked her to marry him. Sheila had a 5 year old son, Josh (Son), and they married Rod on August 20, 1994. Sheila turned 24 years old three weeks after their wedding and Rod bought her a set of ceramic rabbits as a present. It must have been a sign because they went on to have 6 additional kids in 8.5 years. Abigail (Woosker) born in 1996, Caleb (K Flob) born in 1997, Josiah (Posie) born in 1998, Anna (Alien Chick) born in 1999, Gabriel (Gabymon) born in 2001 and Isaiah (Zaiah Monster) born in 2003.
Rod was a great father and loved his kids very much. He was the king of tub time, bedtime stories, sledding trips, camping excursions, sporting events, hugs, reading books, making his mom’s crepes, eating out, the big blue van, coffee, bicycle repair, Calvin Klein underwear, dad jokes, Denver omelets and Dairy Queen late night runs. Rod wasn’t just the father of seven, but also had many more sons and daughters outside his immediate family whom he loved.
Pastor Rod started Prosser Community Church (PCC) in October 1999. PCC first met in a local school gymnasium and later moved to a small church building in town. Walnut Grove Nursing Home was donated to PCC in 2012. Rod led the remodeling of the 22,000 square foot building in 2013. The main part of the building was destroyed in a fire, so Rod then began construction of a brand new building. This building was completed and renamed Remnant House. The Grand Opening was January 27, 2020.
Rod will be extremely missed by his loving wife of 26 years, his seven wonderful children, his extended village of "adopted" children, his many friends, church family, brothers, sisters, aunts, uncles, nieces and nephews.
There will be two viewings, Thursday, October 15, 2020 and Friday, October 16, 2020, both are from 4pm-8pm at Remnant House.
Graveside Service is October 17, 2020 at 8:30am at Prosser Cemetery.
In order to accommodate and stay within CDC Guidelines, there are four different Memorial Services October 17, 2020: 10am, 12pm, 2pm and 4pm at Remnant House, 5305 Hicks Road in Grandview.
Please register for a space and time at www.remnanthouse316.com.
Prosser Funeral Home and Crematory conducting services and burial. You may leave a message for the family @www.Prosserfuneralhome.com