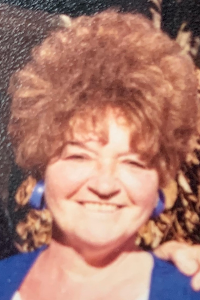 Lawrence – Mary Louise (Bomba) Michaud, a lifelong resident of Lawrence and wife of 67 years to the late Armand P. Michaud, passed away on Saturday, October 10, 2020 with her loving family by her side during her final days.

Born in Lawrence on April 15, 1928, she was the daughter of the late Louise Ludvika Piatek and John Bomba. She attended Lawrence schools and as a young teen, waitressed at the popular downtown Lawrence restaurant, Peter’s on Essex Street and later worked for Hytron Corp. She met her loving husband at age 14 while chaperoning her sister at a dance. They married when she was 18 when he returned from serving in WWII. After marriage she devoted her time to having and caring for her children.

Mary was a charitable and generous person, always willing to share or give away anything she had to others. Everyone recognized her for her bright smile, cheerful nature and uplifting personality. She was always active in her community. For many years she chaired or co-chaired fund raisers for St. Augustine’s Parish in Lawrence including the annual Christmas Fair and spring fashion shows. When her sons attended Central Catholic High School, she again served on committees for their fund raisers. For many years she volunteered at the non-profit retail store, Classic Threads in Lawrence which funded programs for adults with special needs. She enjoyed being active with her church community and especially loved the lively services at the Free Christian Church in Andover.

Although Mary enjoyed many interests her talents were unsurpassed by her crocheting and cooking. She was a master at crocheting and most who knew her have stories to share about an afghan blanket she made for them. Often, she made them for charity auctions and they usually drew quite a bit of attention. Her greatest passion, however, was cooking. She enjoyed reading recipes in magazines, listening to ‘The Cooking Show’ on WCCM Radio and later watching all of the cooking shows on television. She and her husband prepared home cooked meals and served them every Friday night at the Salvation Army for those in need for many years. Her passion continued later in life while she lived at Ashland Farms Assisted Living in North Andover, she was named the “Ambassador of Cooking” and was selected as the September 2016 Benchmark Living Calendar Girl displaying her story and cooking talents. Her reputation followed her to Prescott House in North Andover where she resided for long-term care. They developed a weekly recreational activity named in her honor “Cooking with Mary.”

There was no greater joy to Mary, however, than her family. During her and her husband’s 67-year marriage, they raised 8 children and welcomed 19 grandchildren and 12 great grandchildren. Mary was predeceased by her loving husband, Armand P. Michaud and her eldest son Douglas P. Michaud. She will be greatly missed by all who knew and loved her but especially her family; The wife of the Late Douglas Michaud, Patricia, of Walpole, Paul and his wife, Carolyn Michaud, of Sarasota, Fla., Lawrence and his wife, Deborah Michaud, of Naples, Fla, Rob Michaud of Salem, N.H., Cindy Michaud of Haverhill, Sandra Ruscak, of Methuen, Trudy and her husband, William Lawler, of Hooksett, N.H., and Timothy and his wife, WeeNee Michaud, of Winchester as well as all the grandchildren and great grandchildren. She was the sister of 9 siblings, the late Stanley Bomba, Joseph Bomba, Eddie Bomba, Chester Bomba, Frank Bomba, Katherine Kirkpatrick, Lottie Murphy, Sadie Milos, Theresa Trebino.

A private family funeral will be held at the Burke-Magliozzi Funeral Home, 390 North Main St., Andover, followed by a graveside service in St. Mary Immaculate Conception Cemetery, Lawrence. Donations in Mary’s memory may be made to the charity of your choice. For additional information, please visit www.burkemagliozzi.com.