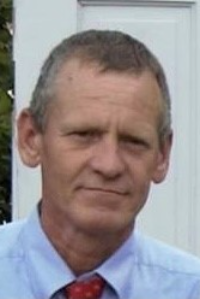 Timothy Lee Thacker, 54, of Tifton passed away Monday, October 12, 2020, in Vienna. A private family graveside service will be held for Mr. Thacker at Oak Ridge Cemetery, where he will be laid to rest. The Rev. Steve Tucker will officiate.

Born November 24, 1965 in Tifton, Mr. Thacker was the son of Juanita Smith Thacker Klementovich and his step-father, Charles Klementovich of Tifton and the late Russell Carter Thacker. He was also preceded in death by one brother, Robby Thacker, one grandson, Weston Edge and his grandparents. He worked as a heating and cooling technician and he was a member of Eastside Baptist Church. He enjoyed hunting and fishing and working in the yard.