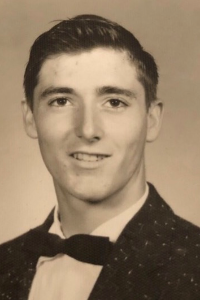 Rev. Jack William Perrin, 73, of Waterloo went to be with his Lord and Savior, Jesus Christ, on Saturday, October 10, 2020, at South Georgia Medical Center in Valdosta, surrounded by his wife and family. A full graveside funeral service will be held for Rev. Perrin at 11:00 a.m. Tuesday, October 13, 2020, at Macedonia Baptist Church Cemetery in Chula, where he will be laid to rest. The Rev. Cory Thompson will officiate. The family will receive friends on Monday, October 12, 2020, from 6:00 to 8:00 p.m. in the Chapel of Bowen-Donaldson Home for Funerals with social distancing and Covid protocol being observed.

Rev. Perrin’s grandsons, as well as his son-in-law, Earl Nix, Monty Spinks and Gary Vowell will serve as pallbearers. Honorary pallbearers will be the active deacons of Macedonia Baptist Church in Chula and the employees of Perrin Farm Equipment.

Born January 19, 1947 in Fitzgerald, Rev. Perrin was the son of the late W. C. “William Charles” “Pete” Perrin and Ida “Dotsy” Watkins Perrin. He was also preceded in death by his father-in-law and mother-in-law, Paul and Winnie Pitts. He was the pastor of Macedonia Baptist Church in Chula and the owner and operator of Perrin Farm Equipment. He was ordained in 2002 at Bethany Baptist Church in Ocilla, where he served as pastor for ten years..

Flowers will be accepted or memorial gifts may be made to Macedonia Baptist Church, 1229 Waterloo Highway, Chula, GA 31733.