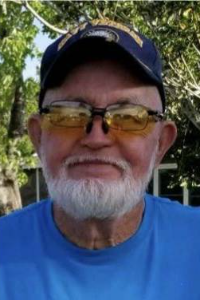 James Philip Curtin, 79 of Windham, NH died Monday, October 05, 2020 at Frisbie Memorial Hospital after a period of declining health. Jim was born on July 31, 1941 to Philip James and Josephine Louise (Smyth) Curtin in Chelsea, MA. In 1952 the family moved to North Reading, MA where Jim attended school. He graduated from NRHS in 1959 where he played varsity basketball.
Jim served in the US Navy in the Seabees and is a Vietnam era veteran. After leaving the military Jim joined Carpenters Union Local #40 in Boston, MA where he worked until his retirement. After retirement – He worked part-time at B&H Oil Company Gas Station on Cobbett’s Pond in Windham, NH.
In 1972 Jim moved his growing family from North Reading, MA to Windham, NH.
He volunteered his time coaching Little League baseball with his three sons and served as President of the Windham Baseball League. He was also a member and Past Commander of American Legion Wilbur E. Tarbell Post #109. In his spare time Jim enjoyed fishing and camping and was an avid fan of the Boston Red Sox.

He leaves behind his beloved friend and companion Pamela Ellard Ludwig of Fremont, NH.
Jim is survived by his sons James Curtin and his wife Leslie Ann of Windham, NH; Kevin Curtin of Derry, NH and Christopher Curtin of Raymond, NH; his grandchildren Josephine, Erinne, and Rourke. He is also survived by sisters Patricia Ann (Trisha) Curtin of Lowell, MA and Mary Jo (Curtin) Mahan of Andover, MA as well as his nieces and nephew Christy Walsh Phipps, Rory Walsh, Keri Mahan and Stephanie Colella. In addition to his parents, Jim was predeceased by his loving wife Catherine Mary (Sheehan) Curtin.

A Mass of Christian Burial will be celebrated on Friday October 9, 2020 at 10 am in St. Matthew’s Catholic Church, 2 Searles Road in Windham. Burial with Military Honors will follow at the New Plains Cemetery, Cobbetts Pond Rd. in Windham. In lieu of flowers, memorial donations may be made to: Alzheimer's Association, MA/NH Chapter, 309 Waverley Oaks Road Waltham, MA 02452. The Peabody Funeral Home and Crematorium 15 Birch St. Derry, NH is assisting the family.