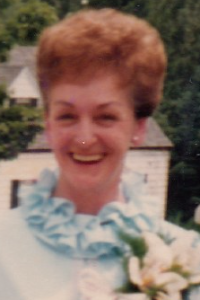 She was born in Gardner on August 9, 1928 and raised in Clinton, the oldest of the 13 children of John and Gladys (Nettle) Burke. She graduated from Clinton High School and had lived in North Oxford for most of her life.

Mrs. Millett was a communicant of Saint Ann’s Church. She enjoyed playing bingo.

She devoted her life to her family.

Her funeral will be held Wednesday, October 7, with a Mass at 10:00 AM in Saint Ann’s Church, 654 Main Street (please meet at the church). Burial will be in Worcester County Memorial Park, Paxton. There are no calling hours. Donations in her name may be made to St. Ann’s Church, 654 Main St., PO Box 488, North Oxford, MA 0l537. Arrangements are under the direction of Sitkowski, Malboeuf & Hickey Funeral Home, 340 School Street, Webster.