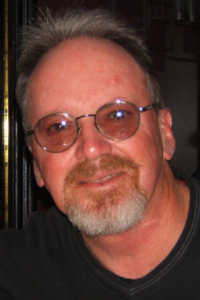 Michael John Larsen, 70, died Saturday, September 26, 2020. He was the devoted husband of Gilda “Jill” Carol Larsen. They had been married for 48 years.

Born in Providence, he was a son of the late John and Lora (Monaghan) Larsen. Michael had worked as a letter carrier for the US Postal Service for over thirty years, with his route being the Centerdale 02911 coverage. He had served in the RI Army National Guard. Michael was also an avid sports lover, in particular the PC Friars and the NE Patriots. He loved his music, and had an acute memory for all songs, groups, and composers. He recently discovered the love of Craft beers, and enjoyed going to different breweries. He will be remembered for his somewhat quirky humor, and will be missed deeply by his family, and many friends.

A Mass of Christian Burial will be held on October 10th at 11:00 a.m. in St. Philip Church, 622 Putnam Pike, Smithfield, RI 02828. Face masks must be worn and social distancing followed. Burial will be private. Visitation respectfully omitted. In lieu of flowers, donations may be made to the St. Vincent de Paul food pantry of St. Philip’s Church.

Saint Philip Church has provided a livestream feed of the funeral mass for those wishing to participate from their homes.