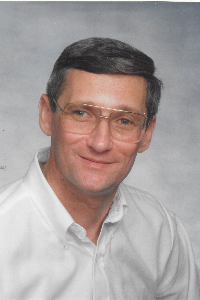 Worcester – On Saturday, September 19, 2020, Paul E. Ghize, loving husband and father of three children, passed away peacefully at the age of 79. Paul was born on May 19, 1941 in Worcester to John G. and Elsie F. (Butterfield) Ghize. He received his bachelor’s degree from Clark University, master’s degree from the University of Virginia, and certificates in banking from Harvard and Rutgers. He was an executive in the banking industry for 40 years.

Paul was in the Army Reserves during the Korean War. He was an active member of Christ the King in Worcester and in Mashpee. He also belonged to the St. Vincent de Paul Society and the Mashpee Police Academy.

Paul absolutely loved any and all time he could get with his family. You could always find him watching his grandchildren participate in their sports and activities beaming with an overwhelming sense of pride. He also greatly enjoyed fishing, golfing, playing cards, and sports with friends. Paul’s clever, entertaining, and dry sense of humor will be truly missed. He had a kind, compassionate spirit that he shared with so many.

Paul was preceded in death by his parents and his brother, John W. He is survived by his beloved wife of 56 years Diana (Chaffin) Ghize; son David and Diane Ghize and their children Wyatt and Morghan of Hudson; daughter Pauline and Daniel O'Neil and their children Meghan, Kara, and Erin of Shirley; daughter Rebecca and David O'Brien and their children Abbey and Jake of West Boylston; a sister Joan Lowney; and, many nieces and nephews.

In accordance with the family's wishes, Paul's services are private. In lieu of flowers donations may be made to the Matthew 25 Fund (food pantry) at Christ the King Church, PO Box 1800, Mashpee, MA 02649. Nordgren Memorial Chapel, 300 Lincoln Street, Worcester is assisting with arrangements. To leave an online condolence message, please click link.