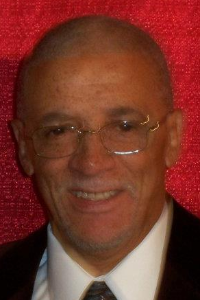 Thomas Humphrey Garr died Thursday, September 10th in Garner, NC. Tom is survived by his wife, Sharon (Ruffin) Garr; his daughters, Nancy Garr-Colzie, Marie Stewart and her husband, Scott all of Worcester; his grandson and granddaughter, Craig Thomas and Nikayla Lynn Colzie; two brothers, David C. Garr, Jr. of Pennsylvania and Steven F. Garr of Charlton, MA. He also leaves his stepdaughters, grandchildren and great-grandchildren in Ohio and North Carolina as well as many nieces and nephews.
He was predeceased by his wife of 38 years, Donna (Price) Garr; his daughter, Lynn Garr; his brother, Richard Garr; sisters, Phyllis Wilkerson and Mary Banks. Tom was born in Worcester the son of the late David Craig Garr, Sr. and Marguerite Winona Garr.
Tom was educated in the Worcester School System and graduated in 1960 from Boys Trade High School. In high school, he was the Activities Editor of the yearbook and was on the Motto Committee where he helped create the saying “WISDOM IS BETTER THAN GOLD.” After high school, he enlisted in the United States Air Force. When he returned home, he worked at Harrington & Richardson Firearms and Reed * Prince as a machinist until he started working for the City of Worcester in 1971. He began as a mechanic and during his 30-year career and was promoted to a foreman, supervisor, and Director of Equipment Repair at the Department of Public Works– Central Garage.
As a member of the Nipmuc Indian Nation he served on the Tribal Council. He was a member of the Oxford Memorial Honor Guard and the V.F.W. Post 5663. Tom was a Past Master at the Oxford Lodge A.F. & A.M. He was a member of the Aletheia M.O.V.P.E.R Grotto #13, a Shriner, and a Past Patron at the Clara Barton Order of Eastern Star #63.
The Garr Girls would like to thank each of you for your support and kindness during their time of sorrow.
Tom’s funeral is Monday, September 21st at 11:00 AM in O’CONNOR BROTHERS FUNERAL HOME, 592 Park Avenue, Worcester. Burial will be private and at the convenience of the family in Worcester County Memorial Park, Paxton. His visitation is Monday, September 21st in the funeral home from 10:00 AM until the start of the service. Social Distancing and the use of face masks that cover the nose and mouth will be part of the protocol at all of Tom’s services. Please omit flowers. Memorial contributions may be made to Quinsigamond United Methodist Church, c/o the operating account, 9 Stebbins Street, Worcester, MA 01607 or to the Worcester Animal Rescue League, 139 Holden Street, Worcester, MA 01606.