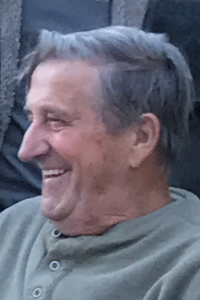 Gerard L. "Gerry" Loranger, Sr., 83, of Westport, peacefully passed away at home on Sunday, September 13, 2020 with his loving family by his side. He was the husband of Carol A. (Mellor) Loranger with whom he shared 62 years of marriage.


Mr. Loranger was born in Fall River, son of the late Henry and Rose (Langlois) Loranger and had resided in Westport for the last 57 years. Prior to his retirement, he worked as an auto body repair technician for the former Potvin's Auto Body, Fall River. He enjoyed fishing, biking and playing cards. His greatest joy was spending time with his family.


He was the brother of the late Maurice Loranger, Lionel Loranger, Lorraine Smith, Jean Gauthier and Rachel Rochefort.


In accordance with Mr. Loranger's wishes, no services will be held.