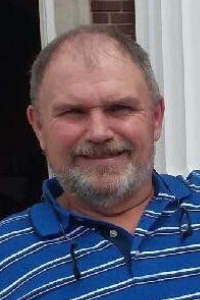 Memorial graveside services will be held 10 AM, Thursday, September 17, 2020, at Brushy Creek Cemetery in Irwin County, with the Rev. Rex Johnson and the Rev. Dr. Tony Hayes officiating.

Mr. Griffin was born September 24, 1965, in Irwin County, Georgia, to the late W.O. & Grace Giddens Griffin. He earned his GED and had recently earned an Associates degree in Bible Theology from the Piedmont College of Theology, through an association with Christian Fellowship. He was enrolled in the Bachelor’s degree program. Mr. Griffin worked for Tifton Aluminum and was a truck driver by trade. He was an avid race car fan and enjoyed fishing and collecting fishing gear. He was a member of Christian Fellowship in Fitzgerald.