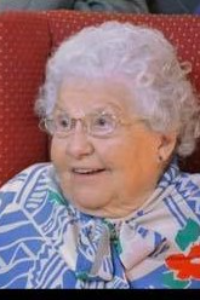 On September 8, 2020 Constance Ruth Yannuzzi (nee Blaney), passed away at The Augsburg Lutheran Village. She was born October 21, 1924 in Baltimore to the late Charles Arthur and Delyda McGuire Blaney, she was predeceased by her sister Clarabelle Lee Price and brother-in-law Lester Price of Arlington, OH.

Constance was a lifelong resident of Baltimore. She graduated from Southern High School, in 1941, where she enjoyed playing on the field hockey team. Her membership at Salem Lutheran Church continued throughout her life. Constance and Martin together enjoyed 63 years of traveling which included all 50 states and 17 countries. They were seasoned Sunday ticket holders for the Baltimore Orioles and they cruised with them on several occasions. They shared the love of gardening their 50 roses and her irises. Her other hobbies comprised of pen pal writing, playing cards, bingo, and embroidery.