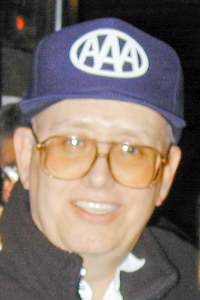 Calvin C. Gaudet, 75, of North Providence, passed away after a long battle with kidney cancer on Sunday, September 6th.

Born in Providence, he was the son of the late Alfred J. and Deborah C. (Williams) Gaudet, Sr. He lived in North Providence for 20 years; he previously lived in Smithfield.

Cal was known for his gregarious and kind nature, his extensive knowledge of politics and history, and for his AAA fashion choices. Cal was known to enjoy a beer with a friend, a sweet treat in the Christmas season (which he particularly loved), and a good old-fashioned friendly debate.

Cal, along with his family, were the proprietors of the former Club 44 in Smithfield, RI, where he made several lifelong friends. After he retired from the Club, Cal worked at the Woonsocket Headquarters of CVS as a Senior Sales Store Auditor. In retirement he enjoyed traveling and spending time with friends and family. He had a lifelong love of learning, which continued even through his final days.

A Mass of Christian Burial will be held Friday, September 11th at 9:30am in St. Philip Church (622 Putnam Pike, Smithfield). Face masks must be worn and social distancing followed. Visitation and Burial will be private. If desired, donations in his memory may be made to the Cancer Center at Beth Israel Deaconess Medical Center, 330 Brookline Avenue, Boston, MA 02215.
Beth Israel Deaconess Medical Center