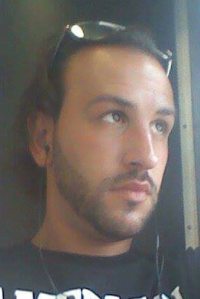 
Michael A. Sciarra, age 35, of Tewksbury formerly of Medford passed away unexpectedly, Sunday, August 23, 2020. Born in Stoneham, Michael was the beloved son of Michael A. and Delia A. (Scolaro) Sciarra.


Michael was raised and educated in Medford and was a 2002 graduate of Medford High School. Michael was a talented Barber for the last seventeen years and most recently worked at TJ's Barber Shop in Wilmington. As a young boy growing up in Medford, Michael was very active in youth soccer and youth hockey. One of his greatest passions was motorcycles, especially dirt biking. He will be greatly missed.


In addition to his parents, Michael is survived by his siblings, Alicia Enos and her husband Gary of Medford, Christopher Sciarra and his companion Marie Tarquinio of Melrose. He was the loving uncle of Dominic Sciarra, Mia Tarquinio, Brayden, Cameron and Julian Enos. Further survived by many loving aunts, uncles, cousins and extended family.