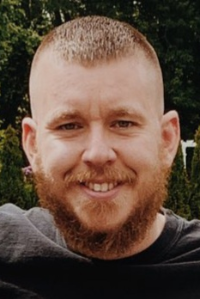 Kevin Patrick Nicoli, 31, of Attleboro, passed away on Sunday, August 16, 2020. Kevin was born in Newton, MA on June 22, 1989. He was a graduate of Walpole High School and Quincy College, Criminal Justice degree. Kevin proudly served his country in the United States Army National Guard as an Infantry Sergeant in the 1-182nd Infantry Regiment out of Braintree. He was a decorated combat veteran, having served in Operation Enduring Freedom in Afghanistan from 2011-2012. Kevin was a graduate of the 316th recruit training class for the department of corrections for the state of Massachusetts. Working as a corrections officer at MCI-Cedar junction Walpole since 2015.

Kevin loved watching the Office and being the absolute silliest father and uncle that he could be. As there is not one soul on this earth that could make those kids laugh the way he did. He spent his time ordering Viking décor, Celtic crosses, and any other crazy unnecessary items online at all hours of the night. Kevin was the life of any party, the first to crack a joke, but also the most caring person you could meet.

In lieu of flowers, donations can be sent to Out of The Darkness Overnight Walks or Mission22 in honor Kevin P. Nicoli.