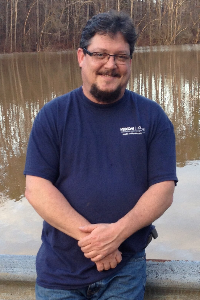 He was a Log Truck Driver and graduated with honors from the Tractor Trailer Program. He was very talented and had a gift for painting oil paintings. Scott was an excellent drummer and could easily learn to play a song after only listening to it a couple of times. He will be remembered for his love of music and stereos and every vehicle had to have a new system that could be heard for miles. He enjoyed spending time with his cousin every weekend working on his ’77 pickup. He also enjoyed playing cornhole with his friends. Scott loved his family, friends and especially his “Hunny Bunny.”

A memorial service will be held at 1 p.m., Saturday, August 22, 2020 at the Newcomb Allgood Funeral Home Chapel.

In lieu of flowers, please consider memorial contributions in Scott’s memory to the American Foundation for Suicide Prevention, 199 Water Street, 11th Floor, New York, NY 10038, www.afsp.donordrive.com or to a local Alcohol Awareness Program. Online condolences may be expressed to the family at www.newcomballgoodfh.com. Newcomb Allgood Funeral Home in Chase City, VA will be handling the arrangements.