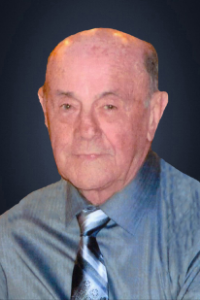 CHICOPEE – Lionel M. Remillard, 80, of the Aldenville section of Chicopee and a former longtime resident of Newbury Street in the Hungry Hill section of Springfield, was Called Safely Home on Saturday, August 8, 2020. He passed into Eternal Life at Baystate Medical Center in Springfield surrounded by the care and comfort of his loving family. He was born in Levis, Province of Quebec, Canada on March 23, 1940, a beloved son of the late Leo J. and Marguerite E. (Martineau) Remillard. He was raised in Saint Michel and Saint Raphael, P.Q., Canada and moved to Springfield in 1953 where he lived until moving to Chicopee in 2008. He was a self-employed contractor specializing in siding and windows in the local area and formerly worked at Moore Drop Forge in Springfield. He was a member of the former Laurier Club in Chicopee. Active in his Catholic faith, he was a communicant of the former Saint Thomas Aquinas Church in Springfield where he was a member of the League of the Sacred Heart and Our Lady of Hope Church, both in Springfield. He currently was a communicant at Sainte Rose de Lima Church in Chicopee. Above all, he was a loving man who enjoyed spending time with his family and his many friends. He leaves his beloved wife and soul mate, Irene (Toussaint) Remillard. They were married at Saint Thomas Aquinas Church in Springfield on July 31, 1965 and were blessed with over 55 years of happiness together. He also leaves his loving daughter, Lisa A. Remillard of Ludlow; his cherished grandson, Caleb Guillemette of Ludlow; his former son-in-law, Justin Guillemette; his loving twin brother, Jean “John” Remillard of West Springfield; his loving sister, Lise P. Larochelle and her husband, Emilien, of West Springfield; his two dear brothers-in-law, Alain Toussaint and his wife, Diane, of Springfield and Serge Leclerc of Chicopee; his five dear sisters-in-law, Diane Crasfic and her husband, David, of Westfield, Nancy Toussaint and her partner, Mark Farland, of Pintendre, P.Q., Canada, Brenda Toussaint of Ware; Denise Toussaint of Chicopee and Ghislaine Toussaint and her partner, John Seda, of Westfield; his former brother-in-law and close friend of the family, Denis D’Amours of Saint Raphael de Bellechasse, P.Q., Canada; and his many dear nephews, nieces, cousins, extended members of the Remillard and Toussaint families and friends. In addition to his parents, he was predeceased by his loving sister, Laureanne Dumont and her husband, Claude Dumont; his brothers-in-law, Clarence, Elmer and Gordon Toussaint; his sisters-in-law, Linda Toussaint and Camilla Leclerc; and his father-in-law and mother-in-law, Camille and Rina (Ringuette) Toussaint. His Funeral will be held on Saturday, August 15, 2020 beginning at the St. Pierre – Phaneuf Aldenville Chapels, (413-532-9806), the parking lot and main entrance are located in the rear of the funeral home at 20 Lafayette Street, Chicopee, MA 01020, (funeral home will open at 7:45 a.m.), followed by a Mass of Christian Burial at 9 a.m. at Sainte Rose de Lima Church, 600 Grattan Street, Chicopee, MA 01020, (please note that the funeral home and Church services have limited capacity, face masks must be worn and social distancing must be observed). His burial will follow the Mass at Calvary Cemetery, 292 Hampden Street, Chicopee, MA 01013. His family will receive friends at the funeral home on Friday, August 14, 2020 from 4 p.m. to 7 p.m. His family requests that memorial donations be made in his memory to Sainte Rose de Lima Church, c/o 15 Chapel Street, Chicopee, MA 01020. For more details and to leave his family condolence messages, please visit:
www.stpierrephaneuf.com