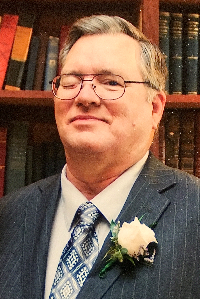 John David Kloecker, loving son, brother, dad and “Poppa” passed away on Tuesday, August 4, 2020, at the age of 67. He was a devout Christian and the beloved father of Brent Kloecker of Stafford, TX, and Valerie Doble and her husband Dennis of Winchester, MA. John was preceded in death by his parents Tom Henry and Annelle (Hailey) Kloecker, grandson Mason, and brother-in-law Charlie. He is survived by his beautiful granddaughters Shelby and Madelyn, siblings Susan Royall and Thomas Kloecker, nieces Cassie, Chrissie and Bethany, and nephews Colin and Nathan.

John lived in Texas until he moved to Burlington, MA, in September 2019. He was born in Texas City, grew up in Alvin, graduating from Alvin High School in 1971, studied two years at Texas A&M University, and received a Bachelor of Science in Mathematics from the University of Houston in 1977. He was a regulatory consultant in the oil and gas industry until his life was forever changed on September 24, 1991, when he sustained a traumatic brain injury in a head on collision caused by a drunk driver. John, however, saw his accident and disability as a blessing and, in his words, as a “second chance” to get his life “right” with God. With the help of his caring parents and sister and the love and grace of God, John was able to overcome many challenges and lead a simply, yet happy and fulfilling life. He enjoyed Bible study, leading songs at church, playing card games, and visiting with and making birthday and anniversary cards for family, friends and church members. Even after he was diagnosed with pancreatic cancer last year, John trusted God’s plan for him and was not afraid. During the last few weeks of his journey Home, God watched over John and eased his pain and suffering.

John was ever so grateful for the kind and embracing communities of the Colin County Church of Christ in McKinney and Westside Church of Christ in Alvin and for his many other friends. His time in Massachusetts was bettered by the care of his kind and compassionate doctors, nurses and health care aides.

A private visitation is being held in Winchester, MA. A service will be held on Sunday, August 9th at 2:00 p.m. at the Turrentine-Jackson-Morrow Funeral Home, 2525 Central Expressway North, Allen, TX. The service will be streamed live on the Turrentine-Jackson-Morrow Funeral Home FaceBook Live for those unable to attend in person. John will be laid to rest with his parents at Cedar Creek Cemetery in Hempstead, TX, with a brief graveside service on Monday, August 10th at 2:00 p.m.