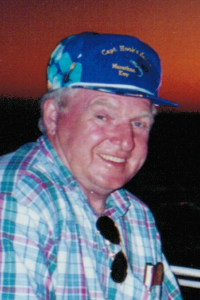 William Richard Carter, 78, of Sandown, NH, passed away Friday, July 31, 2020, in VA Boston Healthcare System -W. Roxbury, Boston, MA. He was born in Methuen, MA on October 26, 1941, a son of the late Floyd and Rita (Norris) Carter. William has spent most of his married life in Derry, NH prior to moving to Sandown where he has resided for the past 29 years. During his time in Derry, William served as a Selectman and a member of the Budget Committee. He also found time to be a part of the Rockingham County Community Action program and owned the Country Butcher Shop in Derry for four years. William greatly enjoyed his time with his family especially on camping trips with his children and grandchildren.

Following cremation there will be no services at this time. Memorial contributions may be made to the Warrior Brotherhood MC NH Chapter.