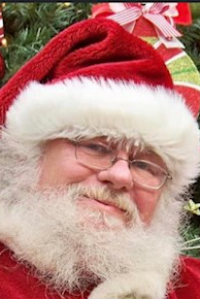 Donald R. Chandanais, Sr., 74, of Tifton passed away Friday, July 31, 2020, at Tift Regional Medical Center. His funeral service will be held at 11:00 a.m. Saturday, August 8, 2020, at Victory Baptist Church in Tifton with the Rev. Jay Kimbro officiating. Mr. Chandanais will be laid to rest at a later date. The family will receive friends on Saturday, August 8, 2020, immediately following the service at Victory Baptist Church in Tifton.

Born February 1, 1946 in Endicott, New York, Mr. Chandanais was the son of the late Henry Chandanais and Marjorie Deyo Chandanais. He was also preceded in death by one son, Donald R. Chandanais, Jr. Before retiring, he worked in the Maintenance Department at Tifton Aluminum Company. Don was a Christian and dedicated servant of his church at Victory Baptist Church in Tifton. He was known best as Dad, Mr. Don and Santa. He was the Tifton Mall Santa for seventeen years, where he told his story of the true meaning of Christmas. He told every child that Christmas was not about Santa, but that it was Jesus’ birthday so, before you go and see what Santa brought, be sure to look up to the sky and wish Jesus a very happy birthday. He was known by many other names such as Motorcycle Santa and Balloon Man and he had his own dedicated table at the Golden Corral and Waffle House. Don served two tours of duty in the Vietnam War in the United States Marines and the United States Army.