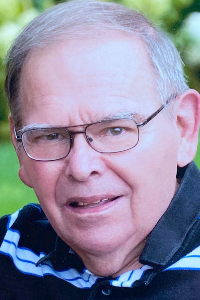 Robert M. Condon, 79, of Westport, passed away Thursday, July 30, 2020 at Sippican Health Care Center in Marion. He was the husband of Patricia (Costa) Condon, they were married for 53 years.


Born in Detroit, MI, son of the late Edward and Mary (Obidzinski) Condon, he had lived in Westport for the past 51 years. A graduate of Wayne State University School of Pharmacy in Detroit, he was a registered pharmacist for CVS until his retirement. Mr. Condon was a Communicant of St. John the Baptist Church, Westport where he received the Marian Medal and was a member of the choir. He was secretary of the Westport Lions Club and was named Westport Man of the Year in 1998.


The family would like to extend a special thank you to the staff at Sippican Health Care Center for the care and compassion they gave Mr. Condon.


Funeral to which relatives and friends are invited will be Tuesday, August 4, 2020 from the Potter Funeral Home at 9 AM followed by a Mass of Christian Burial at St. John the Baptist Church at 10 AM.


Bob's Mass of Christian Burial will be live streamed on the St. John the Baptist Westport Facebook page.


Calling hours will be Monday from 5-8 PM


Interment will be private.