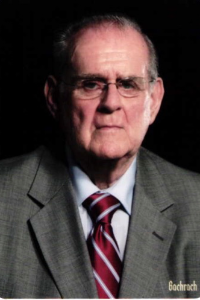 HANRAHAN, WILLIAM R. of South Boston at age 87 passed away peacefully at his home on July 26th.

Bill was predeceased by his parents Edward and Grace (Daley) Hanrahan, his sister and brother in law, Margaret and Bob Slathe, his brother Edward "Sonny" Hanrahan and his nephew Robert E. Slathe. He is survived by his niece Elaine Joyce, his grand-nephew Brian Joyce and his fiancé Carina Reich and his grand nephew David Joyce and his partner Grace Bonacum.

Bill was born and grew up in South Boston. He graduated from Boston English High School and Boston College. He attended University of Wisconsin and received a Masters Degree in Literature in1956. Bill remained in the doctoral program and was awarded a Fulbright Scholarship to King's College, London. Bill taught Literature and Poetry in numerous universities for over eight years. Bill returned to Southie to be closer to his family and began a career in the South Boston District Court. He was promoted to the Commissioner's office and also attended the Commonwealth's program for executive management at the Kennedy School of Government. Bill later was appointed first deputy commissioner and retired in 1998 as acting commissioner. Throughout his career Bill was an advocate for people with addictions and mental and physical disabilities. He was among the founders of the Gavin House program and made a difference in many people's lives.

Bill traveled all over the world in his retirement with his sister and his dear friend. He traveled annually to Florence, Italy and stayed for a month of adventures, food and learning. Bill lost a lengthy battle against macular degeneration and glaucoma. Even completely blind, Bill continued his life long learning on subjects ranging from meditation to construction to organic nutrition. He was proud of his home and was dedicated to its maintenance. He was truly a spiritual and intellectual champion.

At the end of his life Bill was assisted by Andrew DeGrazia and the Celtic Angels team. He loved his caregivers very much and his family will always be grateful for the loving care they gave him.

Visiting hours will be Wednesday from 4-7 PM at the Casper Funeral Home, 187 Dorchester Street, So. Boston. The Funeral Mass will be Thursday a 10 AM at the Gate of Heaven Church, So. Boston. A funeral procession will form at 9 AM and leave for church at 9:30 AM. Interment to follow at New Calvary Cemetery, Roslindale.

Contributions in his memory may be made to the William R. Hanrahan Scholarship Fund, c/o
The Boston Foundation