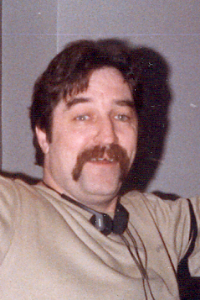 Mr. Peter James Hinchcliffe passed away peacefully on Monday, July 20, 2020, surrounded by his family. He was born and raised in Lawrence Massachusetts. He had worked on the oil fields in Texas, Gillette and was a surveyor. Peter enjoyed spending time in the White Mountains with his friends. He loved the game of Keno and he enjoyed his company at Hayes Tavern and J & B Lounge and the VFW in Methuen. He was a remarkable dart player when he played for the Hayes Henchmen team.

He was often referred to as Dad, Uncle Pete and Pops by many. He will be sorely missed.

His Funeral Mass will be celebrated in St. Augustine Church, 43 Essex Street, Andover on Saturday July 25, 2020, at 11 AM. Relatives and friends are most welcome to attend. Interment will be privately held. Arrangements have been entrusted to the Burke-Magliozzi Funeral Home of Andover. For additional information, please visit www.burkemagliozzi.com.