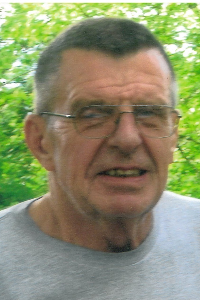 Bob proudly served in the United States Air Force. He also worked for Aavid Engineering and All Metals Recycling.

Bob was an avid sports fan; he loved the New England Patriots, Boston Red Sox, and Laconia High School Football. He was a longtime member of the Laconia Elks Lodge as well as the American Legion. Bob could always be found drinking Budweiser and eating Cheez-Its. He was a good man who will be missed by all who knew him.

For those who wish, the family suggests memorial donations in Bob’s name be made to Lakes Region Scholarship Foundation, PO Box 7312, Gilford, NH 03247-7312.

Wilkinson-Beane-Simoneau-Paquette Funeral Home & Cremation Services, 603Cremations.com, 164 Pleasant Street, Laconia, NH, is assisting the family with the arrangements. For more information and to view an online memorial go to www.wilkinsonbeane.com.