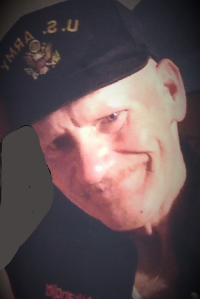 Tommy Jo Walker, Sr., 60, of Tifton passed away Tuesday, July 21, 2020, at his residence. A private funeral service and burial will be held for Mr. Walker at a later date.

Born September 2, 1959 in Dougherty County, Mr. Walker was the son of the late Ralph Walker and Thelma Bailey Walker. He was also preceded in death by one daughter, April Michele Walker; one son, Tommy Jo Walker, Jr.; two brothers, Donald Walker and James Walker; and one sister, Judy Harrell. He was a self-employed carpenter and of the Baptist faith. He was also a veteran of the United States Army.

Mr. Walker is survived by his wife, Susan Idora Smith Walker of Tifton; ; two daughters and one son-in-law, Desiree and Danny Gonzales and Chenoa Coker, all of Tifton; one son and daughter-in-law, Rusty and Aubrey Vaughn of Tifton; two brothers, Timothy Walker of Tifton and Lamar White of Florida; eight grandchildren; and three great-grandchildren.