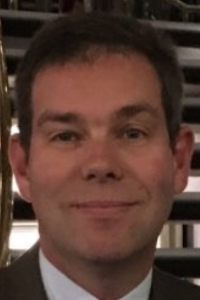 Benjamin W. Knight, 51, this beautiful man, husband and father passed away peacefully on July 11,2020 after a 14-month battle with Glioblastoma. He was the husband of Christine (Slack) Knight.
Born in West Hagley, England, December 12,1968, the son of Winston and Judy (Bowen) Knight, Ben moved with his family from England when he was a teenager.
He attended South Kingston High School in Wakefield, Rhode Island which is where he met his future wife.
Ben went on to attend the University of Rhode Island and earned his Master’s Degree.
Ben Worked as a Research Scientist Drug Discovery Oncology for Takeda Pharmaceuticals for over 26 years.
Ben has a zest for life. He, his wife Christine and his son travelled frequently and when he wasn’t traveling, he was often involved
in a home renovation project.
Ben will be deeply missed.
He is survived by his wife Christine and son Alex, his parents and sister Victoria.
No services will be held.
In lieu of flowers , gifts may be made in memory of Benjamin Knight to Dana-Farber Cancer Institute, P.O. Box 849168, Boston, MA 02284 in support of Glioblastoma Research.
Arrangements are under the care of the Ginley Funeral Home of Franklin (www.ginleyfuneralhomes.com).